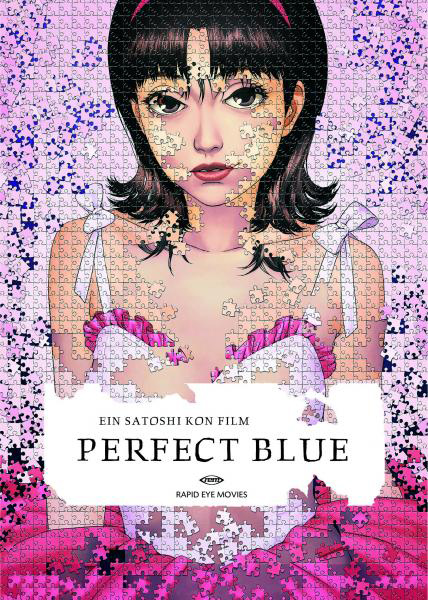 The bizarre anime Perfect Blue just kind of explodes in front of you. It’s startling, disorienting and rapid. It never allows you to get too comfortable wrapping your head around it. Even the pop songs get truncated suddenly.

While the experience is jolting and one you just have to let take you with it, afterwards the effect is lasting and unsettling. I feel like I’m still not done thinking about it.

The story concerns a pop star turned actress who looses her innocence for stardom and perhaps attracts the murderous attentions of a distraught fan.

People around her start dying (and the movie takes on a Giallo sheen) But to say this is a serial killer movie about a pop star is like saying El Topo is a western.

After lots of twists, Things wrap up neater than expected, I had kind of hoped it would have retained its vagueness- still, this is a wild one and not for the kiddos!

A great companion to the similarly themed Black Swan.