The King of Comedy is a masterpiece about desperation and fame. Scorsese may be better known for crime dramas and prefer sweeping epics but when he focuses  on smaller stories and comedy, he has made some of my favorite movies, including this one (along with After Hours and Alice Doesn’t Live Here Anymore). Robert DeNiro, who at this point is usually portraying a caricature of himself either as tough guy or reluctant comedian is brilliant here in a role that could have easily tipping into ridiculousness but retains some real pathetic pathos and the strange creepiness of a real delusional weirdo.

His character, Rupert Pupkin is no Travis Bickle, but he’s no less messed up. He dreams of comedy stardom, specifically stardom reached on the arm of Jerry Langford, a late night talk show host played with incredible jaded subtely by the usually goofy Jerry Lewis. He finds a friend, a rival, and eventually a partner in crime in a wealthy loon Masha played by the amazing Sandra Bernhard. After this off kilter, insane and lusty performance, I forever love her and wonder why her particular brand of on screen craziness isn”t used more often in movies.

It’s a movie I love to revisit and invites repeat viewings. It’s always exciting to be able to recommend it to people who’ve never seen it, and there are many since this box office bomb is often over looked and forgotten in the careers of DeNiro and Scorsese – who says this is his favorite of all their collaborations. 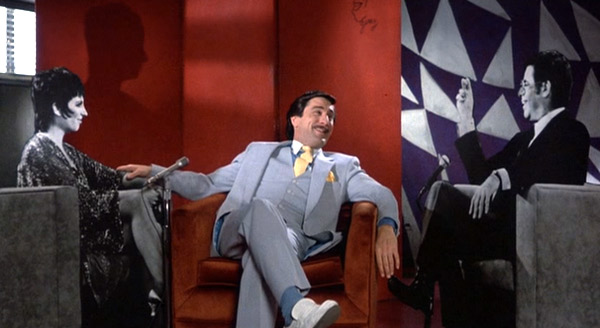 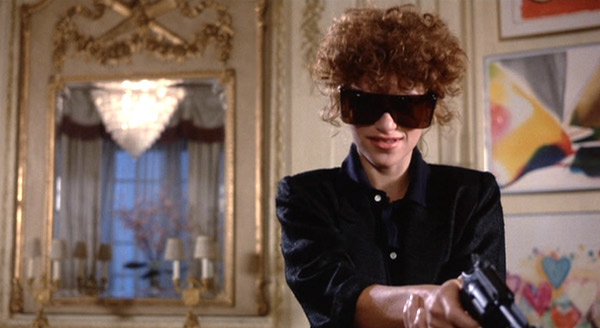